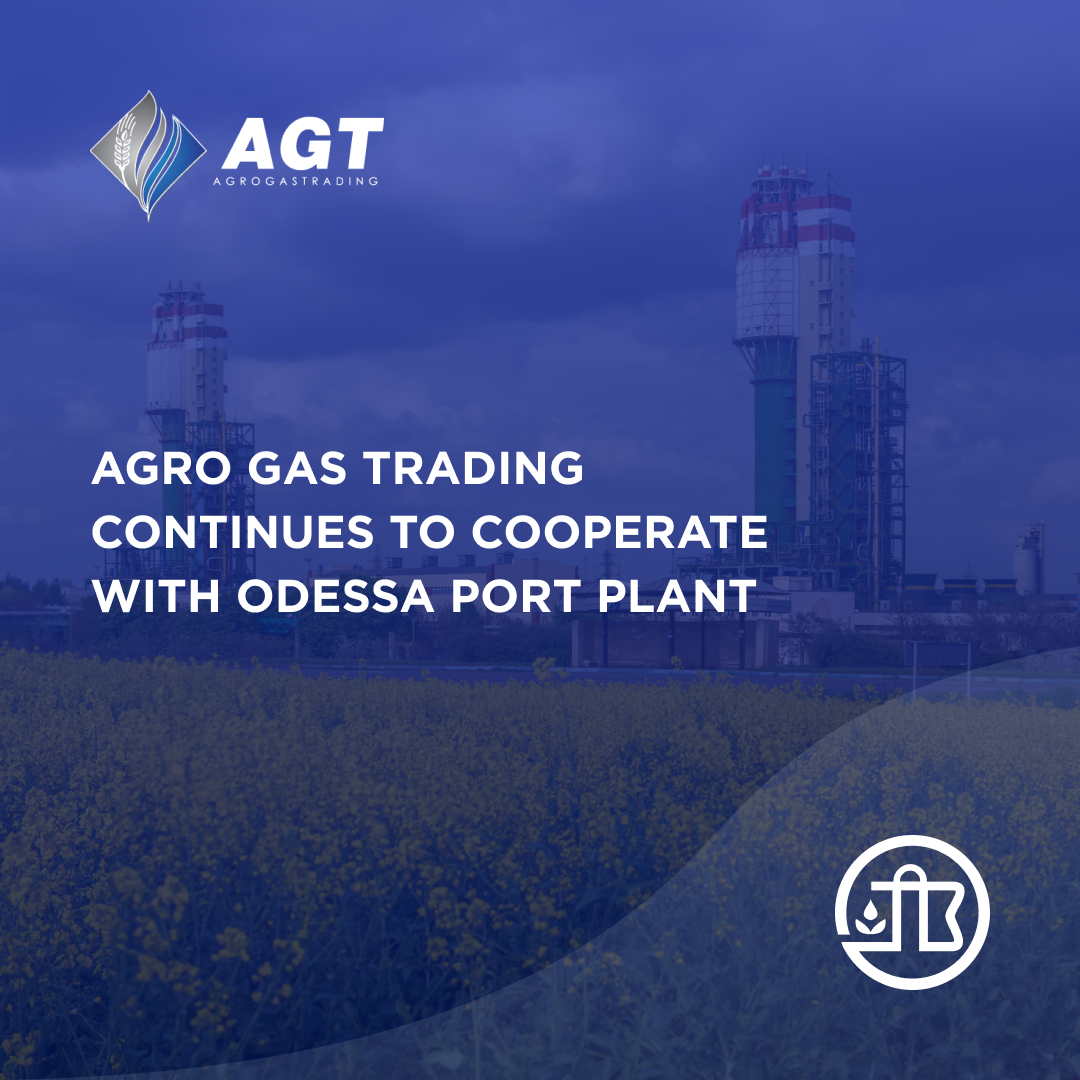 On December 24, 2020 the contract for the supply of raw materials between LLC Agro Gas Trading and JSC Odessa Port Plant was extended by 4 months until April 30, 2021. Previously, the contract was valid until December 31, 2020. The OPP’s Management Board made the decision to prolong the contract while the Plant’s  Supervisory Board approved it.

LLC Agro Gas Trading will ensure uninterrupted supply of gas for JSC Odessa Port Plant. This will make it possible to prevent job losses and continue the seamless operation of this critical enterprise for Southern Ukraine. When OPP made the decision to extend the tolling contract with AGT, it created a solid basis for strengthening its leadership positions on the Ukrainian chemical industry market in 2021.

“When the economy is unstable, it is logical to extend the customer raw materials contract to ensure the stable operation of OPP, this showpiece of the Ukrainian chemical industry. The state, the plant’s employees and its partners are interested in creating reliable operating conditions for the plant. AGT will continue its cooperation with OPP on the terms of openness and transparency,” said Oleksandr Gorbunenko, managing partner of AGT.

Agro Gas Trading LLC has established itself as a reliable partner in its relations with JSC Odessa Port Plant. It fulfills the concluded agreements in full compliance with the contract. By extending the agreement with AGT, OPP expanded its planning horizon for 2021 and also retained the mechanism for guaranteed sales of products and payment of previously accumulated debts to Naftogaz Group.

“AGT’s top priority is to have an effective partnership with OPP. That is why the company guarantees the fulfillment of the terms of the tolling contract with OPP in full force and effect. We are confident that thanks to these steps, the plant will continue to increase its production, and, consequently, increase tax payments and improve social standards for the employees,” said Volodymyr Kolot, partner of AGT.

In the course of its work with OPP, AGT supplied about 1 billion cubic meters of natural gas for processing. As a result, over 1 million tons of urea and more than 120 thousand tons of ammonia were produced. OPP’s products are widely represented on international markets, in particular in Europe, North America, Asia and Africa.