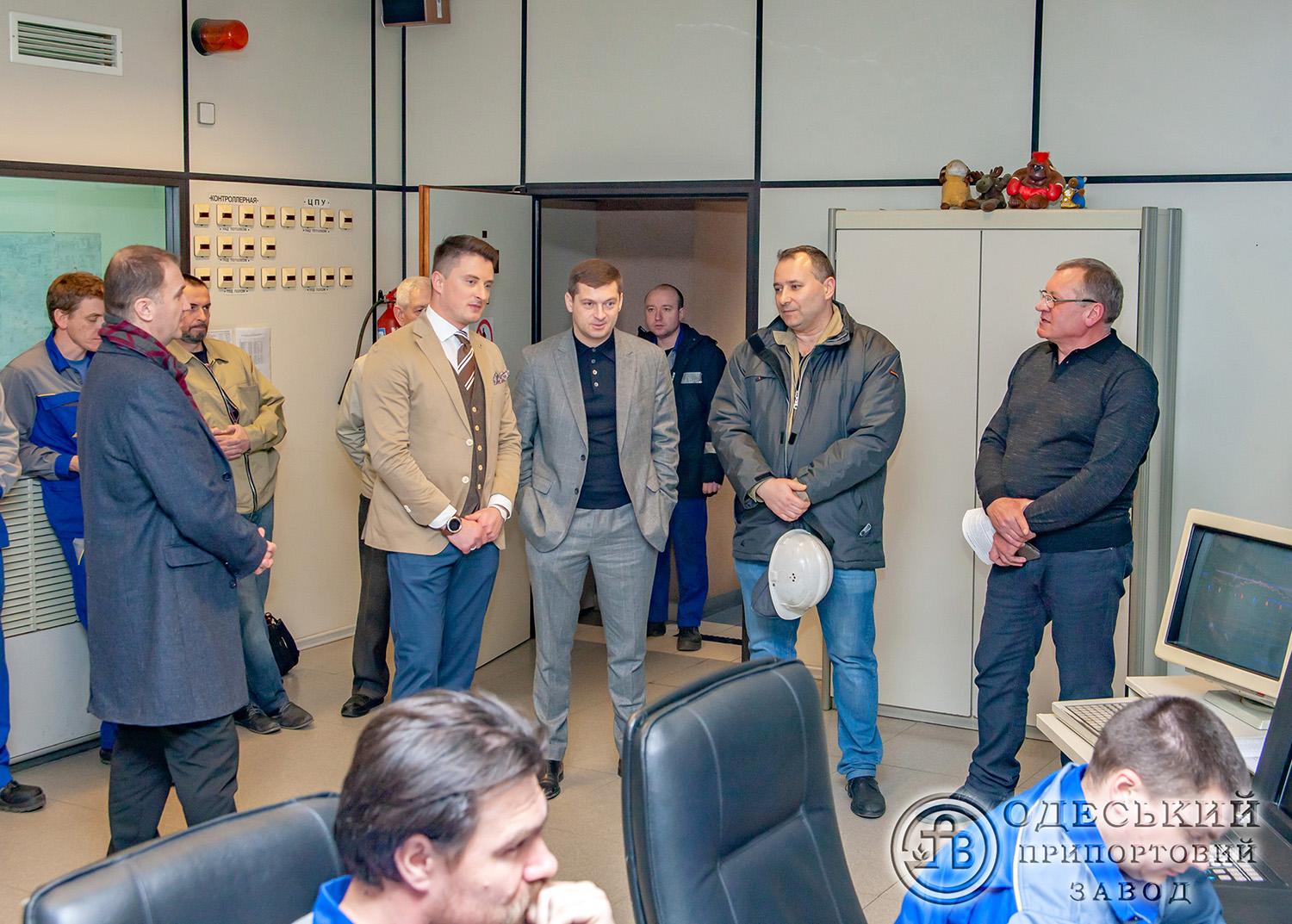 On February 25, Oleksandr Horbunenko, CEO and Managing Partner at AgroGasTrading (AGT), and Volodymyr Kolot, AGT partner, held a series of meetings with the personnel of Odesa Port Plant (the OPP). During this meeting, the parties emphasized the importance of ensuring that the OPP would operate over the longer term.

AgroGasTrading started cooperation with Odesa Port Plant in August 2019. During this period, AGT and the OPP established partnership relations that helped the plant regain its leading positions in the chemical industry of Ukraine.

Within 200 days of the OPP operation started upon the conclusion of the tolling agreement with AGT, the parties fully met their obligations without any controversies. During the first 200 days of operation, the OPP processed 351.2 million cubic meters of natural gas, resulting in the production of 421 thousand tons of carbamide and 39.2 thousand tons of ammonia. The OPP products are exported to international markets from North America and the EU to Africa.

The launch of the OPP allowed increasing tax revenues to the budgets of all levels, creating additional jobs in related industries, and enhancing the investment attractiveness of both the OPP and the Odesa region. The problem of the OPP’s debt started to be solved by adding $1 and $1.5 per ton of ammonia and carbamide production according to the agreement with AGT. Thus, the OPP accumulated additional funds in the amount of UAH 16.5 million to repay the debt to Naftogaz Group.

“AgroGasTrading strives to expand cooperation with the OPP and offer new formats. In particular, AGT considers the possibility of participating in a competition for the OPP privatization. The results of 200 days of operation have shown that AgroGasTrading is a reliable supplier for the OPP. AGT has a long-term planning horizon, and an understanding of how to ensure uninterrupted operation of the OPP and re-establish its status as the leader of the chemical industry of Ukraine,” Oleksandr Horbunenko, CEO and Managing Partner at AGT, commented on the results of the joint work.

“AGT has confirmed that it is ready to continue to cooperate with the OPP and to be its reliable partner in the interests of its personnel, Odesa region, and the national economy in general. We managed to establish its operation and transparent partnership relations,” Volodymyr Kolot, AGT partner, said.