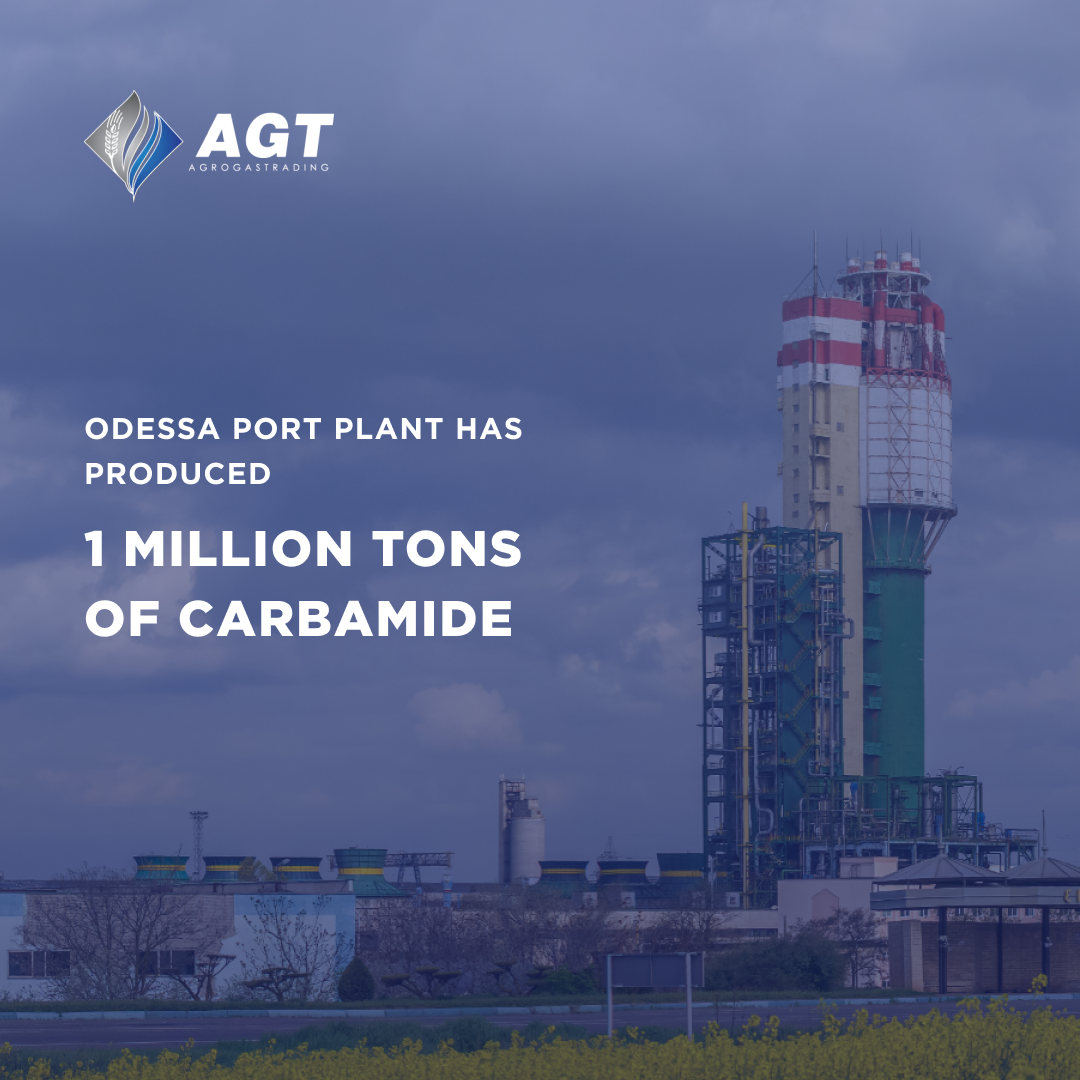 Odessa Port Plant, operating since summer 2019 under the raw materials supply contract, with "Agro Gas Trading" company, has produced 1 million tons of carbamide during the aforementioned period. The transparent partnership that OPP and Agro Gas Trading have managed to build, has become the key to reaching production record level for the plant.

High-quality OPP produce is in demand in various parts of the world, including the European Union, North America, the Middle East, Asia and Africa. Profits in foreign currency from exports of OPP products contribute to the stabilization of the country's balance of payments and increase tax influx in the budgets of all levels.

“When our work with the Odessa Port Plant was just beginning, we announced ambitious goals: making OPP the leader again of the chemical industry of Ukraine. As of today, we exceeded the threshold of 1 million tons of carbamide produced, this is a done fact. However, we will not rest on our laurels, because the experience that we got and our capabilities allow us to increase cooperation in the interests of Agro Gas Trading, the OPP and the domestic industry as a whole,” said Alexander Gorbunenko, managing partner of Agro Gas Trading.

The current contract for the supply of raw materials between Agro Gas Trading and Odessa Port Plant JSC is effective until the end of 2020. In August 2020, the contract between AGT and OPP was extended for four months. “As practice shows, the strategy we had chosen to build transparent partnerships between AGT and OPP turned out to be correct. The plant achieves record levels for the production and export of products, salaries are paid in full and gradually increase, we found a mechanism to repay the debts of OPP. From our side, we will make every effort to maintain the same dynamics," said Vladimir Kolot, partner of Agro Gas Trading.