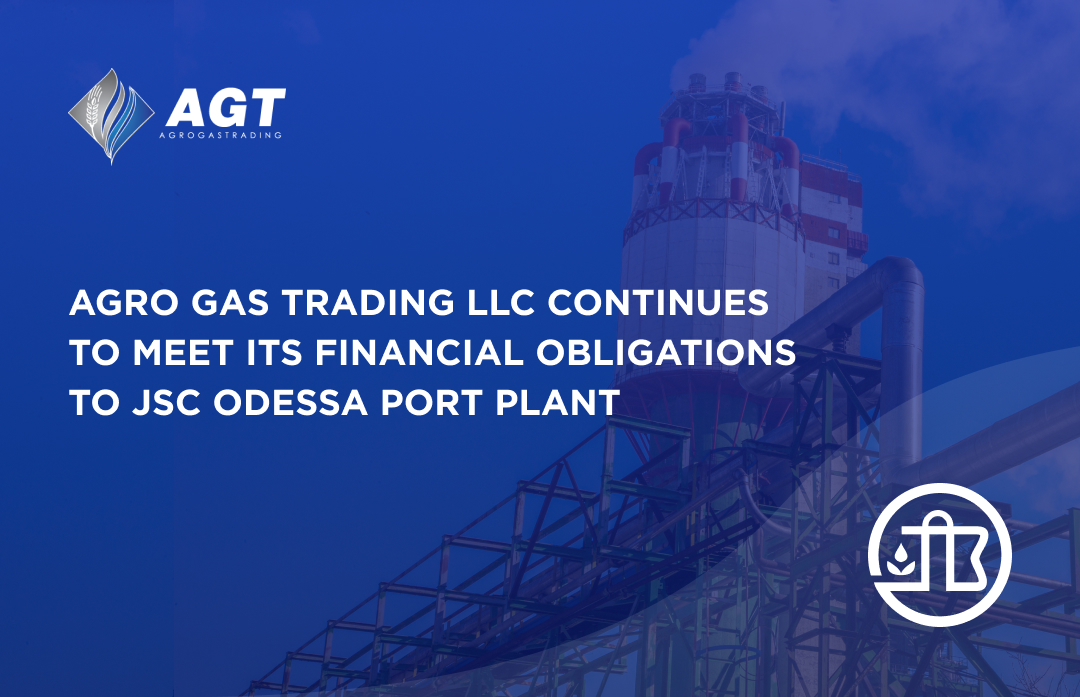 In August 2019, despite all the risks and possible material losses, AGT LLC launched production at OPP JSC at its own expense after over a year and a half of downtime. This gave the plant a breath of hope for regaining its status as one of Ukraine's largest producers of mineral fertilizers as well as for improving its economic situation. During the two years of operation after the launch, we managed to achieve extraordinary results. In particular, we resumed the production and sale of carbamide and ammonia to domestic and foreign markets; debt settlements with Naftogaz were started; hundreds of qualified employees returned to the enterprise, with their salaries being gradually increased by more than 20%; repairs of major units were initiated, and several production records were beaten.

Unfortunately, record growth in natural gas prices and decreased prices for mineral fertilizers led to compelling circumstances for AGT LLC, which made it impossible to continue supplying natural gas to JSC OPP. Also, a lack of a long-term contract between AGT LLC and OPP JSC influenced the termination of deliveries. The absence of the long-term contract made it impossible for our company to build a working model for the future.

Despite the termination of the contract, AGT LLC has been fully fulfilling its financial obligations to OPP JSC. Thus, since the shutdown of the plant's facilities, AGT LLC has paid more than UAH 134 million to OPP JSC.

AGT LLC is sincerely concerned over the lack of natural gas supplies to OPP JSC and the consequences that emerged as a result, in particular, employees started to work just 3 days a week, wages were cut, and payments have been delayed. Besides, if no decisive action is taken to restore the capacity of OPP JSC, Ukraine may finally lose its main employer of Odessa region and one of the largest enterprises in the production of mineral fertilizers.