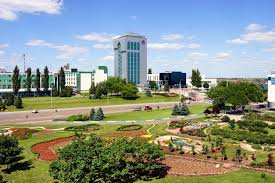 Odessa Port Plant (OPP) regains the status of the industrial giant of Ukraine. Over 3 full months of OPP operation, it produced 18.6 thousand tons of ammonia and 181.0 thousand tons of urea under the agreement with Agro Gas Trading (AGT). The plant managed to perform works actively thanks to timely supply of raw materials to chemists: AGT delivered 150.2 million cubic meters of natural gas to Odessa Port Plant according to the tolling scheme.

“The launch of OPP revives the chemical industry of Ukraine, as it is a serious step that helps our country regain the status of a net exporter of chemical products. Since OPP products enter international markets, it has a positive effect not only on the plant’s image but also on the investment climate in Ukraine as a whole,” Volodymyr Kolot, AGT partner, emphasized.

On October 26, a technological failure occurred at OPP, but the experts managed to eliminate this failure as soon as possible. “We restored ammonia production two days ahead of schedule — on October 31. It was possible to quickly fix the problem thanks to the high qualification of the OPP team and well-coordinated work under the leadership of Serhii Nazarenko,” Oleksandr Gorbunenko, Director of AGT, commented.

It is important to point out that cooperation with Agro Gas Trading also helps Odessa Port Plant pay off its debt accumulated over previous years to Naftogaz of Ukraine. AGT added $1 to the cost of processing and $1.5 per ton of ammonia and urea products, respectively, which allowed it to start paying off the debt to Naftogaz of Ukraine.

The first payment under the tolling agreement amounted to UAH 2.3 million. AGT management is confident that settling will increase the level of trust between OPP and Naftogaz of Ukraine, as well as will lay the foundation for efficient cooperation in the future.