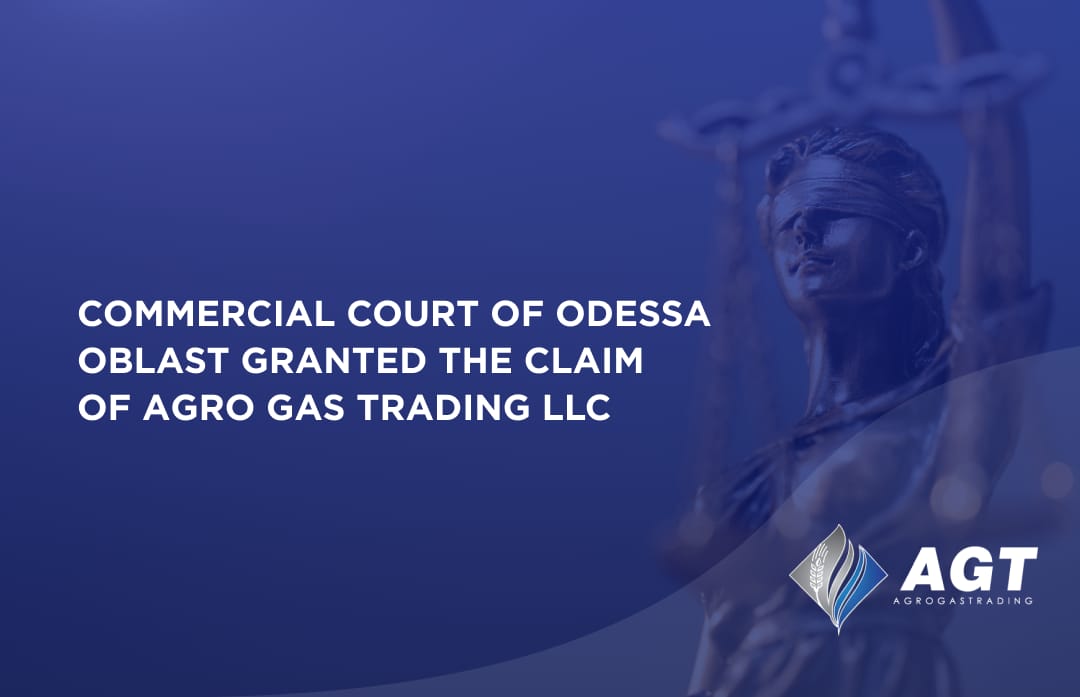 On August 5th, 2021, Commercial Court of Odessa Oblast issued the decision on a lawsuit filed by Agro Gas Trading LLC, according to which Odessa Port Plant JSC is prohibited from concluding a contract for processing toll raw material, and providing services for shipment of finished products with DACHEX SHIPPING PTE. LTD. The decision became effective on August 5th, 2021 and must be fulfilled immediately.

On April 15th, 2021, the official website of Odessa Port Plant JSC posted an announcement to determine the date of the electronic bidding auction in the framework of the tender to select a supplier of toll raw material. DACHEX SHIPPING PTE. LTD. was not allowed to participate in the electronic bidding auction due to violation of subparagraphs 14 of paragraph 3.4.5 of the Selection Procedure, namely failure to provide a copy of the most recent annual financial statements, confirmed with audit report. Next, the electronic bidding auction was suspended due to the decision of the Commercial Court of Odessa region dated April 20th, 2021, and was resumed after the court canceled the measures to service the lawsuit in accordance with the decision dated July 8th, 2021.

According to the results of the third stage of the procedure of selection and determination of the ordering customer of works on processing toll raw material, performed by Odessa Port Plant JSC, on July 12th, 2021 the winner was DACHEX SHIPPING PTE. LTD. company, which previously was not allowed to participate in the electronic bidding auction by Odessa Port Plant JSC, which demonstrates the violation made by authorities of the most recent previously approved Selection Procedure.

Agro Gas Trading LLC is ready for further consideration of the case, based on merit, in the courts, in order to to ensure a transparent and impartial procedure for selecting a supplier of toll raw material for Odessa Port Plant JSC. Also, Agro Gas Trading LLC will ensure the implementation of existing agreements with Odessa Port Plant JSC in full, to guarantee the continuous operation of the latter.