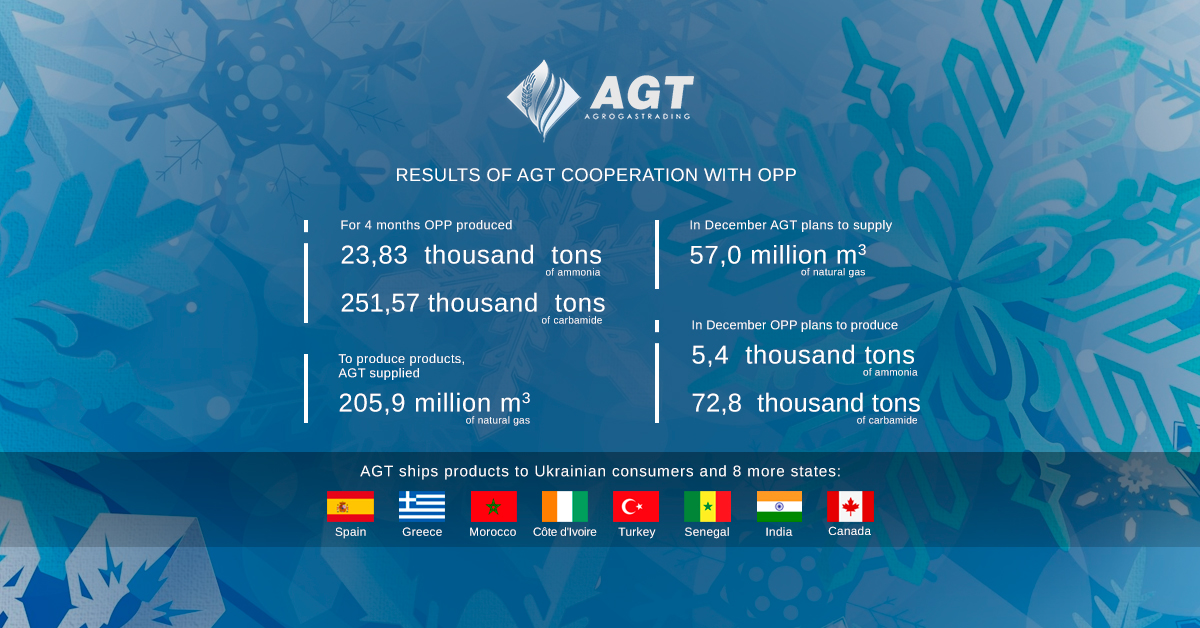 AgroGasTrading LLC (AGT) has held talks with the Board and the new members of the Supervisory Board of Odesa Port Plant (OPP). In a competitive negotiation process involving other market participants, AGT succeeded in making the best offer, which was the basis for continued cooperation with OPP.

The parties have agreed to extend the contract on mutually beneficial terms for the next four months, until May 1, 2020. The meeting took place within the framework of the overall strategy of stabilization of the situation at the enterprise, developed by specialists of the State Property Fund of Ukraine, and preparation of OPP for privatization.

"The swift agreement reached on continuation of cooperation became possible due to the fact that AgroGasTrading LLC had established itself as a reliable partner and responsible player of the global market level, fulfilling all contractual obligations in full and on time," AGT’s CEO Olexandr  Gorbunenko underscored.

"Increasing production volumes allowed the plant to begin the process of providing jobs to employees that were forced to quit during the downtime from 2017 to the second quarter of 2019," AGT partner Volodymyr Kolot said.

To recap, cooperation with AgroGasTrading also helps Odesa Port Plant to pay off the debts to Naftogaz of Ukraine, accumulated in previous years. The estimated amount of transfer for 4 months is about UAH 10 million.

“In addition to the part of the payment in the processing tariff, which is aimed at paying off the debt of the enterprise to Naftogaz, we have added to the tariff $ 1 for each product. This allows OPP to provide itself with an opportunity to carry out minor ongoing repairs and technical work aimed at preventing possible emergency stops,” AGT Director General Alexander Gorbunenko stressed.

Deliveries are made to Greece, Turkey, Morocco, Senegal, India and Ivory Coast, as well as to the domestic market of Ukraine.